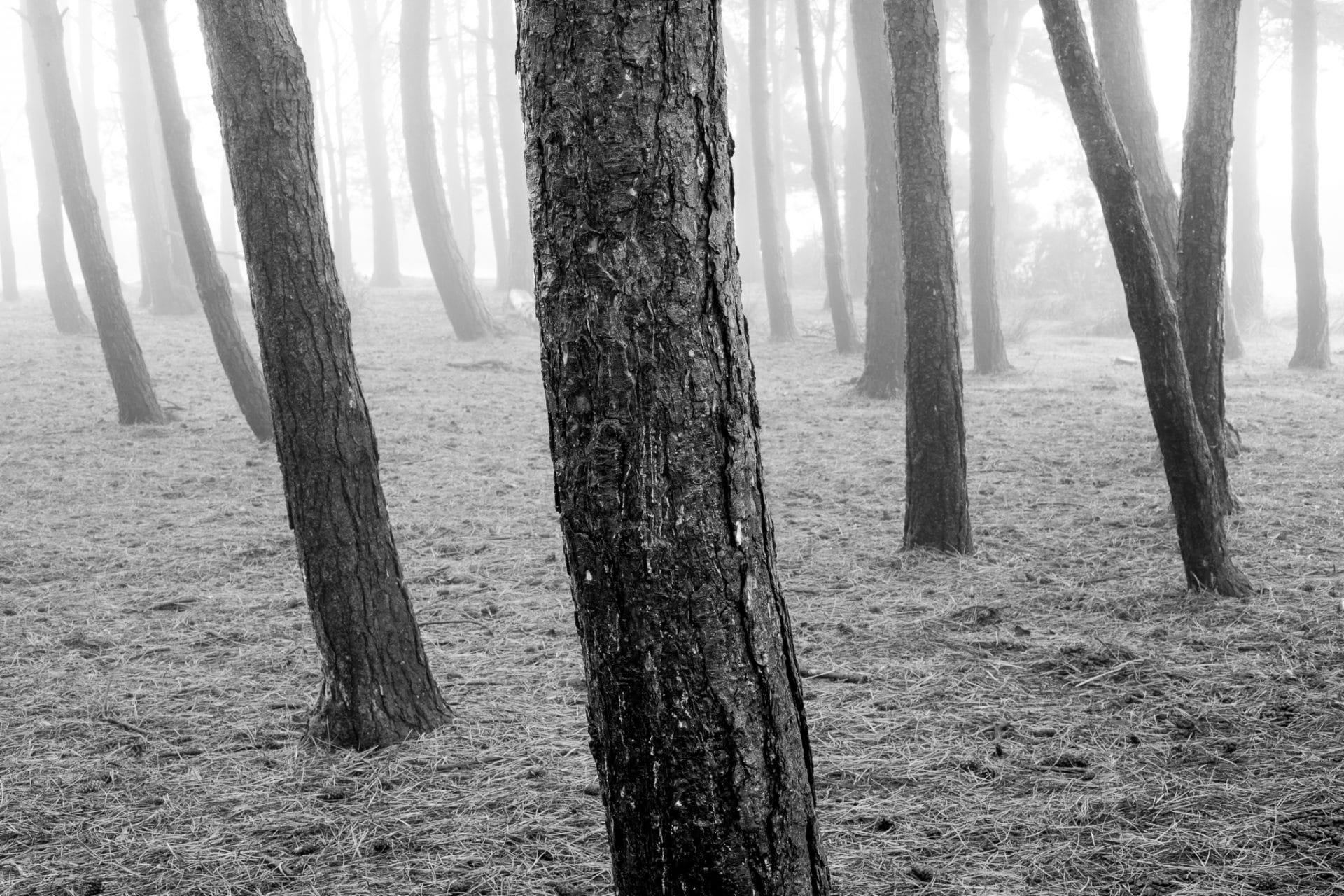 Friends Clump on Ashdown Forest was planted in 1973. It is a collection of a few dozen Scott’s Pine within a clearing in Ashdown Forest. 1973 was the Year of the Tree and it was decided the introduction of this clump would be a good way to commemorate the event. It just happens to be the year my father decided to move his study into the garden shed, to put space between my newborn howls and his urgent revision for his exam finals.

You would be forgiven for thinking of Friends Clump in the same sense as it’s more notable cousin ‘King’s Standing’, barely a mile down the road. King’s Standing is said to have been the sight of one of Henry the VIII’s hunting hides. Like Friend’s Clump, it is a circular plantation positioned atop the hill, with a view down over the valley below. Ideal for picking off Deer and Pheasant as they were driven past.

Ashdown Forest is well known for a number of clumps planted from the 1800s onwards. I first noticed Friends Clump from afar. Then it was more the ‘wider landscape’ I was training my camera on. I’ve since picnicked there, strung up a hammock there, run through it, sheltered from a blizzard in it and of course photographed it on numerous occasions.

I’ve been creating images at Friend’s Clump for a number of years now. It is, of course, an element of the landscape shaped by man, as are many of the Forests that surround us. It was this that made it quite interesting because the ‘planted’ clump had certain characteristics a normal wood would not have. The trees are planted in a more uniform style, they contain the same species and they are largely of the same age. It could be argued that finding ‘order’ is therefore considerably easier.

Friends Clump is not overly abundant with wildlife but as is often the case when you sit anywhere quietly for long enough, the wildlife starts to emerge. Rabbits scamper about, even a mole broke the ground inches from where I crouched one day framing a shot, just outside the line of trees. Deer have circled and the odd bird of prey has screeched from atop the pines. Usually, when I am within this small clump the horse riders, dog walkers and strollers tend to skirt around it, keeping to the paths.

I know what I am getting with Friends Clump. It is easy to get to (the carpark is but 100m away) so it does allow me to visit with a more conceptual approach to creating images. It is, of course, limited in scale in some ways but it, therefore, demands that you think more about how you can create differing images. It provides the usual ingredients of changing light, of texture, tone but it offers structure and order. It just provides them in smaller quantities.

I have noticed that there are strong similarities in how many landscape photographers approach, what I would call ‘plantation woodlands’. The striking characteristics of a Scott’s Pine plantation are the uprightness and linearity of the trunks. This is often a strong feature of the images created. Most will have experimented with ICM, some prompted by the work of others and some just as a natural extension of the shapes within the woods. The woods naturally engender different emotional responses in different people. Shelter, protection, a life-giving resource to those who know it and of course the flip-side of fear, isolation, and confusion to those who don’t. A small evergreen wood such as this one tends not to summon up too much unease (especially when you can see from one side to the other..) It lives and grows, it has constants but on its fringes, the elements are ever changing. The wind and rain provide a varying soundtrack which does, of course, amplify certain emotions. 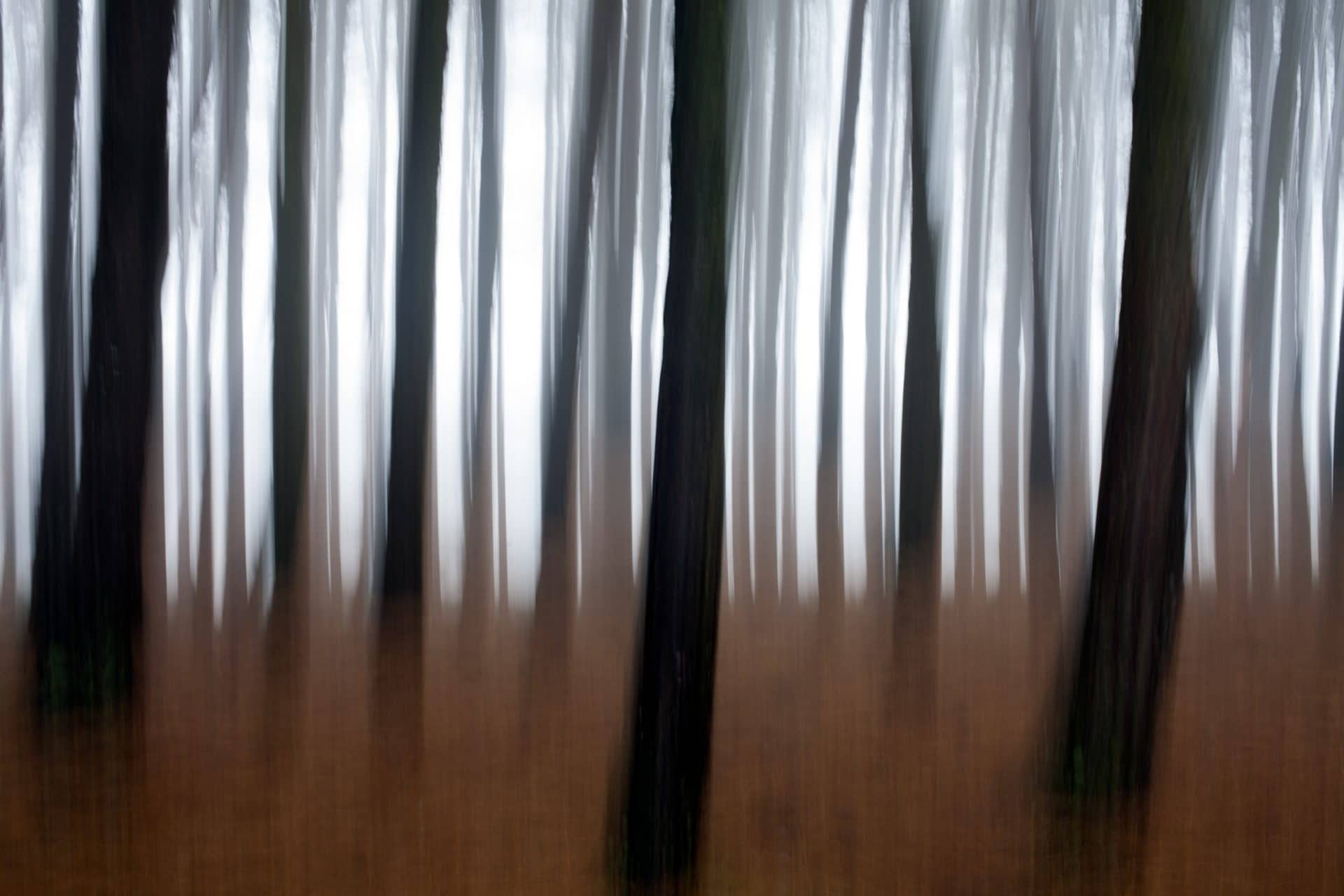 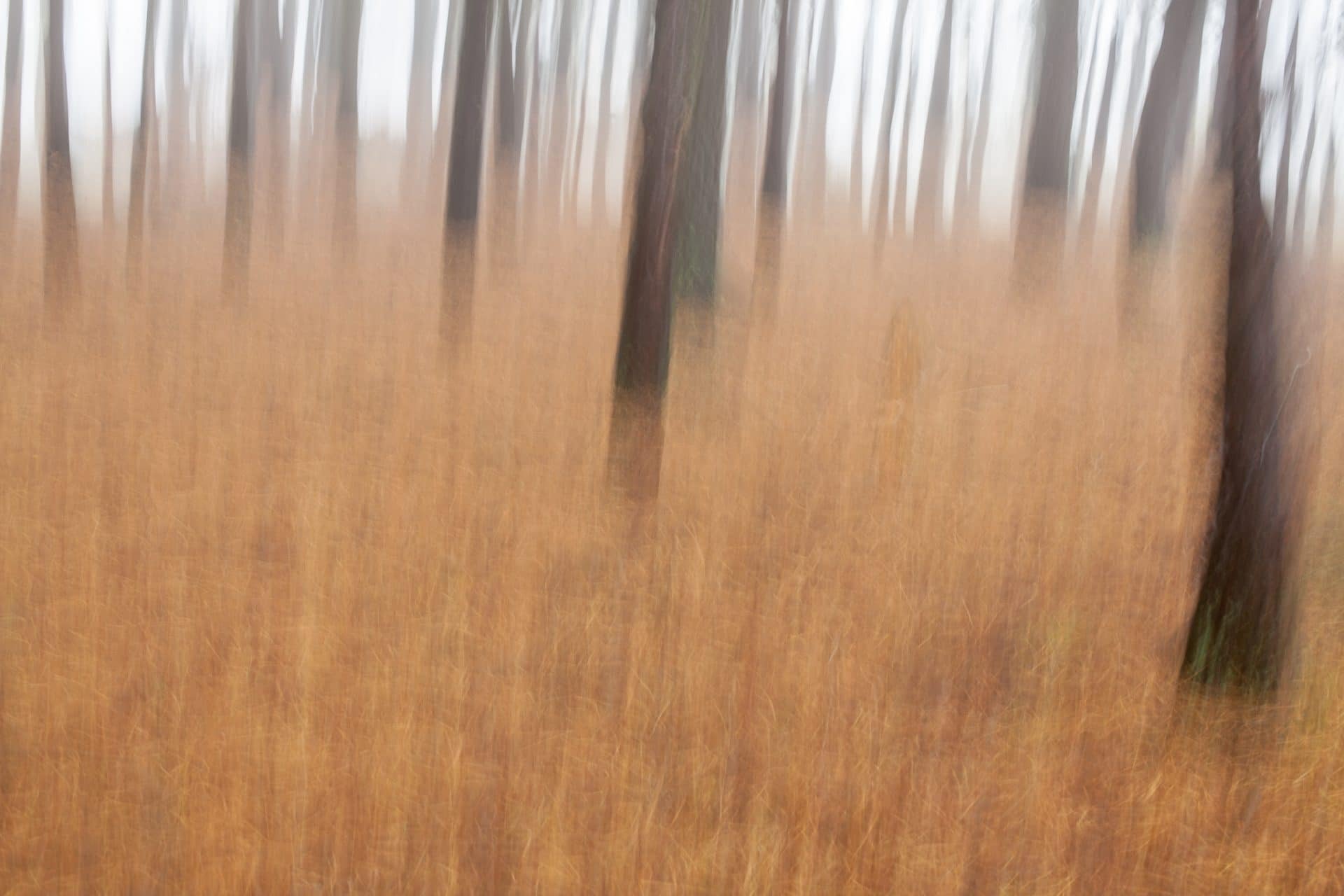 I personally see it as a canvas on which I can look to express myself. It is a structured environment which offers me a chance to present different concepts. I have many more ideas on how I would like to develop my work at this little clump. It is always a small port, often in a storm, where I can retreat to think and plan. I usually walk in without a plan and emerge full of ideas. (As is often the case, I’ve also entered with best intentions and walked out empty handed – such is photography). 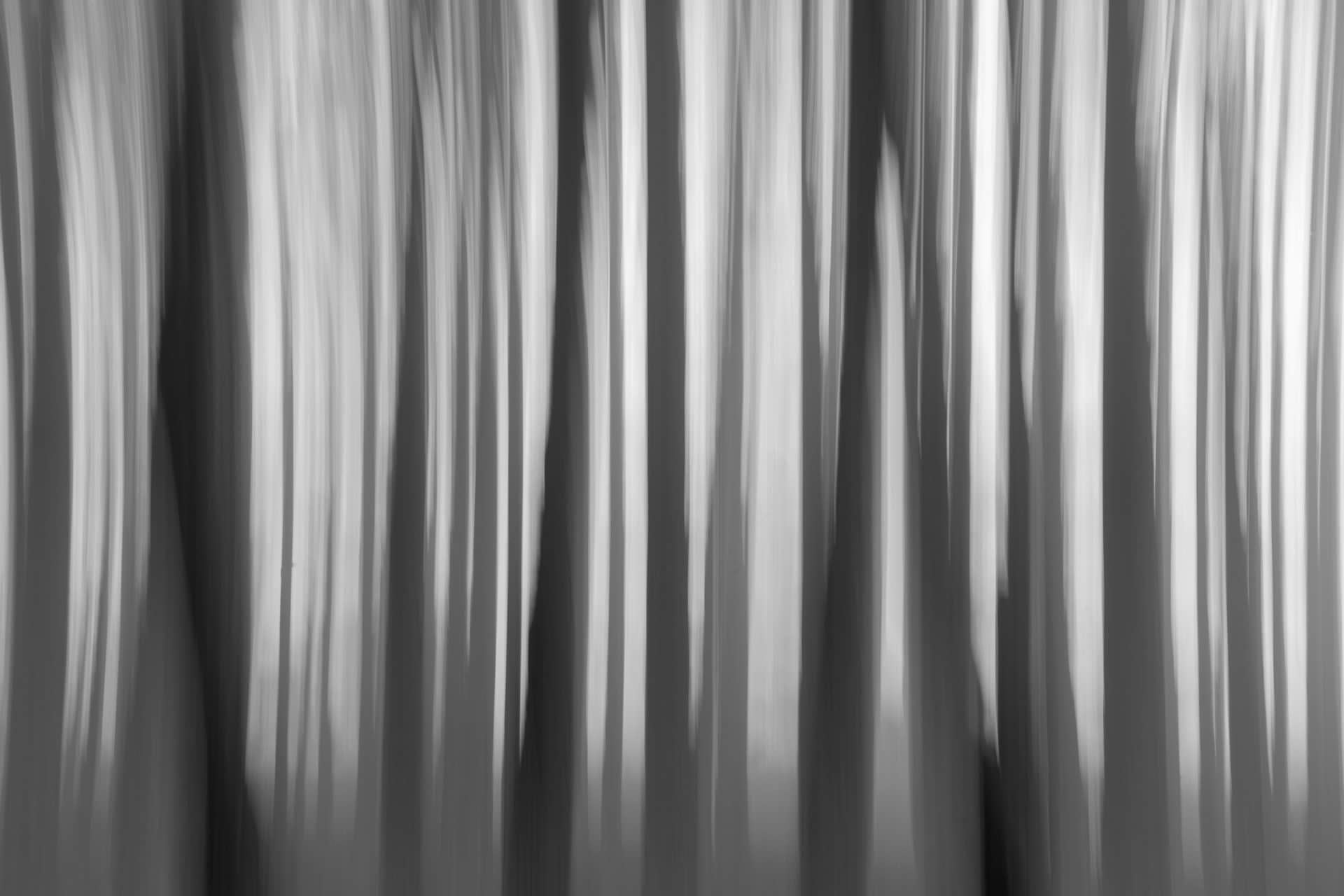 Even in the time I’ve written this short piece, I’ve reached for my notebook and added different ideas for my next visit to Friends Clump

We cannot display this gallery