Surely we are 'Better Together'

I may repeat myself but I do feel very strongly about the Scottish Vote for Independence. In some ways, I was very fortunate to have lived abroad for many of my formative years. For want of a better title I was a 'Brit abroad'. You become more conscious of your 'National identity' when you are an expatriate. You, in some small way, represent your country and wish perhaps to set a good example. I grew up in a British Colony. The flag we flew was the Union Jack. I only really became aware of the Cross of St George or the Saltire when I eventually returned to our green and pleasant lands.

I was British first and English second. At my most English when sport had to be played but I was always prouder to be British. I love Scotland and most things Scottish (midges aside - although to be fair I've had them worse in the Lakes). That love, appreciation of Scotland perhaps came from my father being based at the British barracks in Stanley Fort, Hong Kong, where he managed the satellite Earth Station there for Cable and Wireless in the early 1980s. At the time the Scot's Guards were in situ and naturally many of my peers were Scottish. The exposure to the heart-stirring drone of the pipes was never too far.

I fondly remember my father and a friend smuggling a pipe band back into the barracks well beyond curfew one New Year's Eve, after they had piped us into the New Year. It may have been my fondness as a child for all things military and the important role that the Scots played within the British Army in so many historic conflicts. Hell, I've even joined with a few rousing renditions of Flower of Scotland at Murrayfield. Who wouldn't?

As a photographer and lover of the outdoors, I have come to love the varied Scottish landscapes of the Highlands and Islands over the years. My job and my love for the outdoors have brought me closer to Scotland and allowed me to travel to so many amazing places as Applecross, The Outer Hebrides, The Highlands and beyond. I also just happen to have two very lovely Scottish girls in my life: my fiancee (Update- Now wife) and my Land Rover who amazingly both grew up not far from the shores of Loch Tummel. It is from visiting these distant corners of the United Kingdom that I have really discovered what it means to me to be British. I have always been richer for the knowledge of different cultures, different ways of life, the differing landscapes, customs and traditions and the bonds that tie us. I remain proud and respectful of all I see.

I have personally always considered each of our nations to be independent in their own right but part of a greater Union, one that supports these far-flung communities as best as it can. Our often maligned but I think wonderful Postal Service that allows you to get a letter to Stornoway for the same price as one to Oxford. A union that I at least believed supported rural communities, supported communities with more reliant populations.

I've always loved the rivalry, the banter but the strong sense of Britishness we shared as a collective is what I really believe in. I've worked to learn about the oft-highlighted miseries of history because they help us to understand what lies around us but those that spend too long looking back, invariably forget to look forward and to actually live, enjoying what they have.

It saddens me to think that perhaps 45% of the people of Scotland feel that Independence will workout for the better. Personally, I've heard nothing to suggest it will and believe that we are always stronger together, working ever closer with more powers afforded to the Scottish parliament. The key though, is that 'togetherness', that 'Union' which ensures that the UK has the backs of all of its citizens. It is a safety net in a changing world, in a world where we are fortunate enough to be a group of Islands with some control over our borders and resources.

I don't personally believe that the SNP are the people to even give Independence a fighting chance. Much of the message appears to be built on negativity, about how bad the lot for Scotland is, about the lack of investment, the lack of opportunities, the lack of social support etc. Time will judge them on what they can actually bring to the people of Scotland. There are areas for improvement within every community within the British Isles but from what I have seen on my travels throughout Scotland, I've seen great potential and also a great investment in rural communities and throughout the Hebrides. 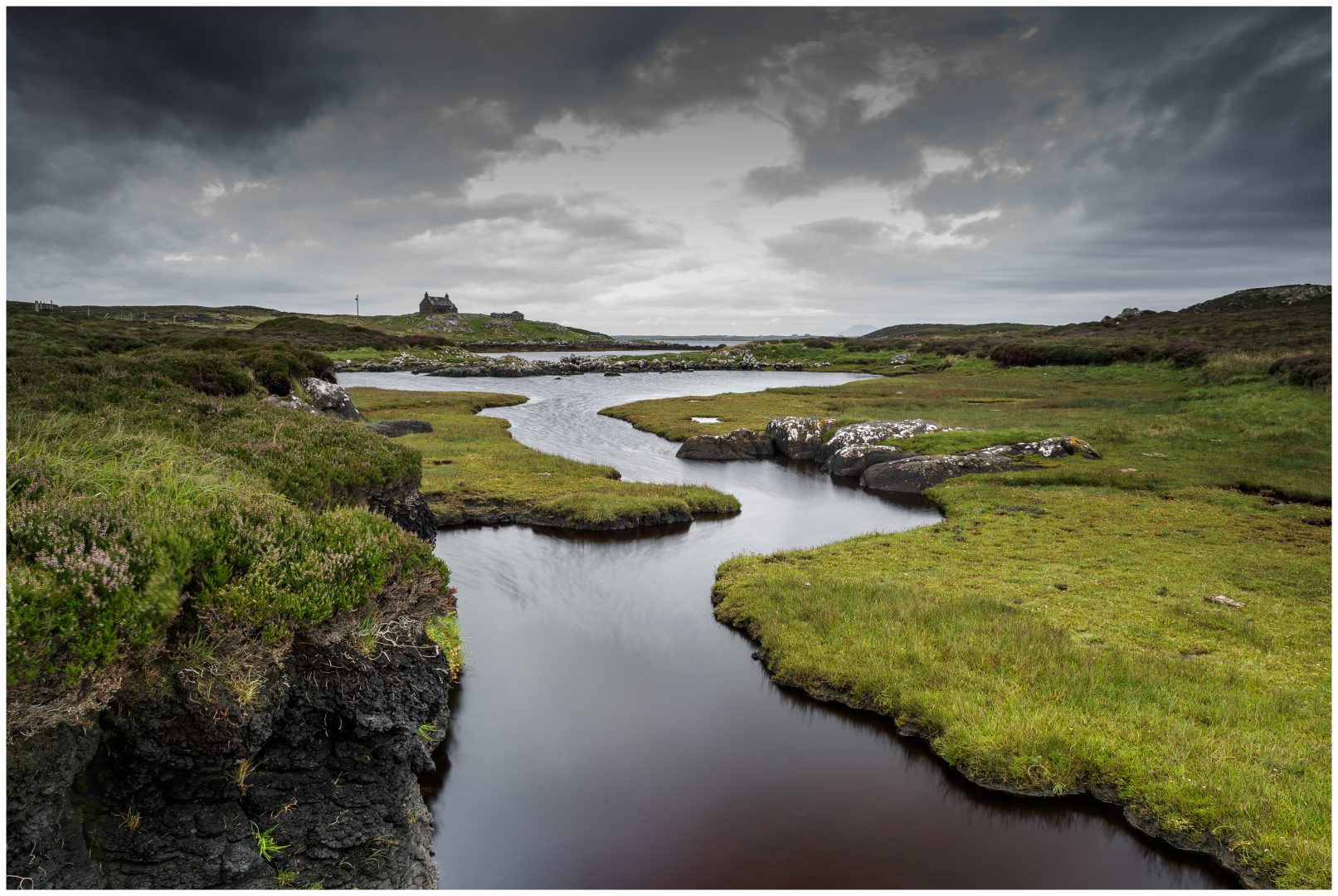 Another 'emergency stop' trying to create an image of this beautifully located Croft on South Uist.

Perhaps it is just selfish because I love the UK, I have grown up proud of our collective achievements in the World. Achievements on both sides of the border that would not have come about but for our collective drive, determination and abilities. The pride we have shared in our British Teams, be it the Lions, Team GB, or even supporting Britain and Scotland's Andy Murray on his way to 2 Grandslams, a Gold and Silver Medal in the 2012 Olympics. cd

I hope the majority of people in Scotland do vote and say No. By saying No you are just saying Yes to a brighter more prosperous future with the support of the entire United Kingdom.  Don't stay undecided because to be undecided should mean that you are unconvinced that change is necessary. The SNP and Alex Salmond are taking a short-term, somewhat jingoistic view of the current situation. So many hollow promises, so much guffawing and grinning. Is it really the passion of a well thought out campaign? Until every question is answered, the workings for every promise shown clearly, I would not fall for all this pomp and hot air.

The people of Scotland are being asked to make a choice largely based on 'hope' and emotion. Whatever Scotland chooses, I pray they prosper but the numbers don't add up and the SNP surely can't fill anyone with any confidence can they? With a 'No' vote I'm certain will come greater powers of self-determination and I hope an understanding of the value and obvious benefits of our Union.

I feel very bad for those proud Scots who currently reside outside of Scotland, that they have had their choice taken from them. Any nation is only stronger when its people spread their wings, share ideas, learn from different cultures and embrace the opportunities we have throughout Britain and further afield. Of course within Scotland are many incomers who in their own way bring vital investment and jobs to Scotland. To deny the former Scots the right to vote on their country, their home is very unfair. 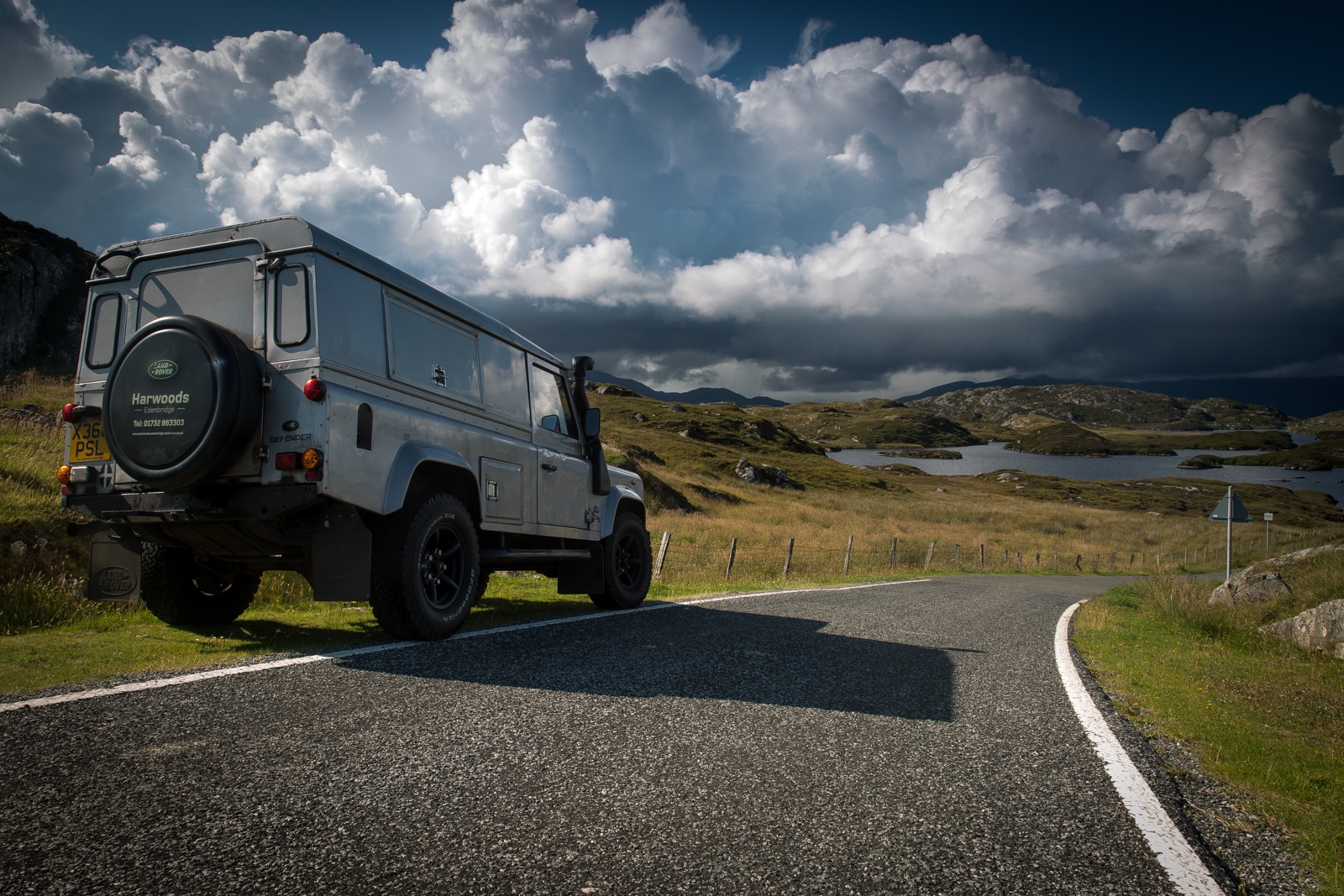 Driving through the heart of Harris and trying very hard not to stop every 30 seconds.

I can do no more than keep my fingers crossed that Britain will still remain the same after the votes are counted. That the Union will not be damaged and that we can continue forward on this path to recovery and a brighter future. I can't imagine a different future because it is all I have ever known and love.

We are Better Together. Please vote NO.